The Managing Partner at 360 Osteopathic Clinic, Rafael graduated from the British School of Osteopathy in 2002, following which he worked for 2 years at the Queenstown Osteopathic Clinic in New Zealand before returning to Barbados to establish his own practice.

Always seeking to widen the scope of his knowledge and skills, Rafael has taken post-graduate courses in:

His approach to osteopathy as a method of healing the body continues to evolve as he further develops his techniques, keeping up-to-date with new technologies and applications.

Carol-Ann Wooding​
​​​Dr Carol-Ann Wooding
Carol-Ann is a graduate of the School of Physical Therapy, University of the West Indies, Mona Campus Jamaica, with her Bachelor’s Degree in Physical Therapy and has subsequently attained her Doctorate in Physical Therapy with Evidence in Motion based in Kentucky USA. Carol-Ann’s approach to Physical Therapy involves helping patients to help themselves along their path to wellness through appropriate therapeutic exercise and manual therapy which she believes go hand in hand for effective recovery. She considers these ideal modalities to support the body through its natural healing process.
Carol-Ann started along her path as a Massage Therapist having completed her Diploma in Therapeutic Massage in 2008, she then went onto complete her Diploma in Sports Massage in 2009 and have completed various workshops in bodywork therapy since then. As a result of her involvement in the Barbados Sports Medicine Association since 2008, she desired to learn more ways to help her clients and went onto study Physical Therapy.
Her interests in fitness lead her to attain her ACSM  (American College of Sports Medicine) certification as a Personal Trainer (2016). 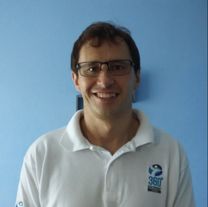 John gained his degree from the Surrey Institute of Osteopathic Medicine in England, Graduating with BSc (Hons) Ost Med in 2007. He also completed post graduate courses in cranial sacral and visceral approaches.
John Practices Classical Osteopathy. This approach is holistic and takes into the account posture, lifestyle, occupation etc.: as they can all an Influence on a person’s presenting problem.
Classical Osteopathy is a principle based treatment that sees the body as a vital living organism, with a tendency towards health and elimination. If this process is disrupted then the ability to recover is compromised, which can lead to a state of dysfunction.
The Classical approach is to restore the organism’s vitality. The aim of the body adjustment is to restore perfect alignment, thus increasing the body’s ability to deal with environmental stressors, whether they are physical, biomechanical or emotional. This Includes bones muscles, blood vessels and restoration of the neurological system. The aim is to adjust the person to their environment, considering such factors as diet, and hydration, lifestyle, stress levels and sleep patterns. 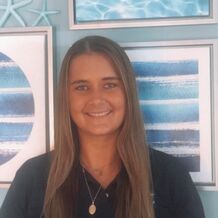 Join us as we Congratulate Ashley as she received her degree from the University College of Osteopathy in London U.K., formerly known as the British School of Osteopathy. She graduated in the top 10 of her year with an Integrated Master’s of Osteopathy with distinction in June 2019.

Ashley uses a structural approach which focuses on how our anatomical structure relates to our body’s function. This allows for Ashley to assess each individual’s posture and movement patterns during activities which may be causing pain (e.g.: putting on a shirt, getting in/out of a car, walking up/down stairs, etc.). Ashley will then construct an individual treatment and management plan to aid in her patient’s recovery.
Since the age of 11, Ashley knew she would be working within the field of healthcare. Ashley’s interest stemmed from being a competitive equestrian and its inevitable falls. Having experienced osteopathic treatments herself, she realized that osteopathy was the form of healthcare that she wanted to be a part of. Between 2012 and 2015, Ashley attained her Diploma in Level 3 Holistic Massage Therapy from ITEC and completed courses in nutrition, holistic lifestyle coaching and exercise from the CHEK Institute. In 2015 she set out to study osteopathy.

During her training she worked in different clinics such as: an HIV clinic, an expectant mothers clinic, a sports clinic, a GP practice, a homeless clinic, and a clinic for the elderly. Working with different types of patients broadened Ashley’s skills and knowledge allowing her to be adaptable depending on the needs of each patient.

We welcome Ashley to the team